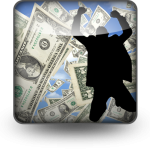 When it comes to manifesting, most people want what they want right away, but in most cases, instant manifestation is rare. Think about how many times you’ve wanted something and worked toward it until you’ve become frustrated and given up, only to have it show up out of the blue. If you can understand what’s behind that concept, you’ll understand why instant manifestation is rare and why it doesn’t have to be.

There are a number of reasons why instant manifestation is rare.

Why it’s good that instant manifestation is rare

While it’s natural to want things to happen quickly, there is a positive side to manifestation delays. If you achieved instant manifestation, it would likely work both ways, in that you’d quickly manifest things that you have positive thoughts about, as well as things that you have negative thoughts about. If you were worried, for example, that you’d lose your job and run out of money, instant manifestation could put you in a predicament that you do not want to be in before you had an opportunity to adjust your thoughts.

Since most of us have doubts, fears, and conflicting desires, it’s good that we have time to focus our attention and our awareness on what we’re thinking about. That way we can manifest when we’re mentally and emotionally ready.