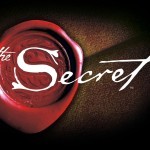 Few things are more challenging than a health crisis. So when faced with one, can a Law of Attraction practitioner find inspiration in her beliefs? After all, using the Law of Attraction to cure an illness takes on an air of importance that is not found when you think about using it to make more money or to find a romantic partner.

But that’s the position Stacie Chevrier found herself in.

Having been introduced to the concept of the Law of Attraction back in 2007 when she read the book, The Secret

, Chevrier used the principles in her career and her love life and experienced positive results.

However, in 2014, her belief in the Law of Attraction was challenged when she was diagnosed with cancer. In an article for Cure magazine, she wrote: I realized that while I don’t have control over my final outcome, I do have control over my thoughts, feelings and actions. So, I dusted off my copy of “The Secret” and renewed my law of attraction practice.

Chevrier applied several Law of Attraction principles to her experience with cancer.

–She never used the phrase ‘my cancer’ because she wasn’t claiming it. Instead, she said ‘the cancer’ and spoke about ‘my recovery’ and ‘my healing.’

–She used vision boards and visualization to imagine herself living a healthy and happy life.

–She used wite-out to wipe out all mentions of her illness on copies of medical documents. That way, she could focus on THAT reality.

–She rejoiced upon hearing other people’s stories of healing and reiterated to the Universe that she expected that too.

–She spoke as little as possible about her illness. If people asked her about it she said the minimum and changed the subject to something positive that was going on in her life.

–She surrounded herself with positive people.

The Law of Attraction is a philosophy that can help any aspect of your life. It helps you to lift your vibration and focus on that which you expect to receive. You can’t go wrong with that.