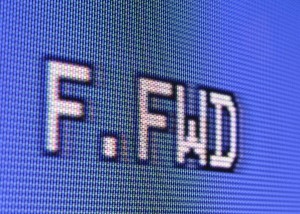 I had dinner last night with a friend and we got into a discussion about striving. She mentioned that her husband says she’s never satisfied and is always looking for something bigger and better. She didn’t disagree with his observation, but she said that was something she was proud of about herself. She was always looking to and working toward the next best thing. “But that’s what the Law of Attraction is about, right?” she asked.

When I first started to study the Law of Attraction, I was fascinated by the idea of setting a goal, keeping my mind on what I wanted and immersing myself in thoughts about where I was trying to go. That’s not a bad thing in and of itself. The problem comes when we focus so hard on getting to the next level that we’re  hating where we currently are.  A major part of the Law of Attraction — one that’s not as sexy as the visualization  — is gratitude, and the ability to truly appreciate where we are today. Striving can sometimes keep us from being in a state of gratitude because we’re so focused on changing our current reality. As a result, the act of striving often slows our manifesting down.

If we can strive for more while being perfectly content to stay where we are for as long as it takes, that’s the key.

Have you ever wanted something so bad and tried to figure out how to make it happen only to get super-frustrated and give up on it, and then have it happen once you stopped trying so hard?

I’m not saying give up on your dreams. I’m not saying don’t work toward them. What I’m saying is don’t be pressed. It’s more important to learn to accept and appreciate where you are. Once you acknowledge your desires but get to a place where you don’t care when they manifest, you’ll be amazed by how fast your life propels in the direction you want.