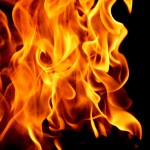 We’ve all heard the wisdom of releasing the outcome and detaching from the things we want. When we let go and give up, we release frustration and often the very things that we give up on end up zooming into our lives.

But there’s another type of release that holds much power, and that’s the release of things that no longer serve us. We release things all the time. Over time, we buy new clothes and stop wearing the old ones. We make new friends and sometimes drift apart from others. We get new jobs and release the stresses of the old one.

Yet there is a power in being more conscious about the act of releasing and even creating a ritual around it. Just as you might set up a vision board or create a list of intentions or things that you desire, you can get a lot out of the process of acknowledging those things that you’re letting go of.

Letting go is also powerful in that the things that we release are energetically free to move on as well. When we cut the cords to a strained friendship that no longer serves us, not only does it free us to attract friends who are more in alignment with us, but it allows that friend to also move forward with attracting friends who are more fitting to their point of evolution.

Releasing also creates a void, and nature abhors a vacuum. The universe will fill the space that you leave, so know that your act of release is enabling you to have a more fulfilling life.

If you’re wondering how you can incorporate release into your life, consider the following exercise: