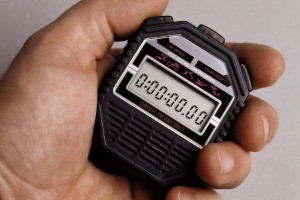 One of my fastest Law of Attraction manifestations was a desire to travel regularly. I had been in a little bit of a funk when I decided that traveling would not only boost my spirit, but it would provide a welcome change of scenery in my life. I expressed this desire to several of my friends last August, telling them that I intended to start traveling some place different each month. I didn’t know where the money would come from to fund this endeavor, but I didn’t think about it at the time.

Less than a month later in September, a client of mine called and asked if I would be interested in doing a nine-month travel project. I would be required to travel — you guessed it — once a month to such places as Los Angeles, Chicago, Puerto Rico and New Orleans. It was clear immediately to me that I had attracted this experience because even the frequency of travel was that which I had intended.

So this weekend, I was thinking about why that manifestation happened so quickly when others can take months or even years. What did I do so right in that situation that I can learn from?

Second, I didn’t ask or hope for it to happen. Some people go through life saying ‘if its meant to happen, it will happen.’ I even take on that attitude about certain things in my life (though I’m re-thinking that), but I didn’t have that attitude then. I didn’t preface my intention with, “If I’m meant to travel, I’d love to go somewhere once a month.” Instead, I simply stated, “I’m going to travel once a month.” And it was as if my decision was met with the forces of the universe aligning to make it happen. (So yes, I’m trying that now with other things – rather than waiting for the universe to agree that it’s ok that I’m meant to have or do something, I’m going for it. If I decide once I get it that I don’t want it, I’ll intend something else.)

Third, I didn’t plan out every single detail.In fact, I didn’t make a plan at all. The Law of Attraction may be challenging to the micro-managers out there because in order for it to work it requires a sense of surrender and a willingness to let the pieces fall into place. I’m not saying you should never take action. What I’m saying is you must take a couple of steps forward without mapping out the entire journey. The only thing I did do was promise a friend who lived in Philadelphia that I would make that one of my monthly trips (and Philadelphia was indeed one of the trips I had to take for the project). And remember, if I had mapped out this entire journey myself, I would have spent a lot more money in the process and I would not have made money doing it.

Fourth, the desire was already a truth to me. I didn’t have the money for airfare to fly across the country each month let alone across the world. That thought easily could have blocked my manifestation had I then said, “this goal isn’t realistic.” Instead, I just said to myself, “Well, some months I’ll just drive somewhere even if it’s one state over or three towns away. Maybe I’ll explore places that are near me, which would be less expensive and would fulfill my intention.” I also knew that I could visit places where I had family and friends so I’d be able to stay at these places for free.  The point is, I made my intention true by finding a solution that would make it happen if all else failed. I was going to travel once a month whether it was cross-country or across town. By scaling my vision down to something I could currently believe in, I knew it was going to happen, allowing the manifestation to show up sooner.

The first step really hit me this weekend. I’ve been working on a new business project and getting frustrated about having to do some of the work that I’m moving away from. I realized that my frustration has been hindering my manifestation. Past successes (and failures) can be our best lessons. We just have to apply them.