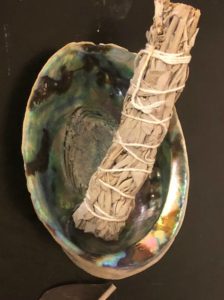 We recently talked about four things blocking us from manifesting. One was a failure to get rid of something that we no longer need. For example, if you want a new relationship but you’re holding onto the relationship that you know no longer works, you’re sending a message to the Universe that you have the relationship that you need. When we hold onto things that no longer serve us, we prevent new things from coming into our space. This can be physically, emotionally or even energetically. A smudging ritual can help you with the latter and improve your chances of manifesting what you want.

Sage is an herb that is used both for cooking and for medicinal purposes. When you burn sage, a process that is known as smudging, the smoke from the sage rises and carries away negative energy. As a result, the space around you becomes clean and purified.

There are a number of reasons why someone might smudge their home.

So where does smudging fall in the manifesting process? When we want to manifest something, we want to bring that experience to us. But if we’re still holding something else energetically that no longer serves us, we could find ourselves failing to see the positive results that we want to see.

Can you see how your energy can be hampering your ability to manifest your goals?

A smudging ritual for manifestation

One way to prepare energetically to manifest something is to conduct a smudging ritual. A good time to smudge is during the period between the full moon and the new moon, when the moon is waning. During that period, our efforts to release things are amplified.

If you don’t have a smudge kit, here is everything that you will need.

Pour clean sand or fine dirt in a ceramic dish. You’ll use the dish to hold the smudge stick when you set it down and to catch the ashes and embers as you smudge. Also, the sand will also help you to put the smudge stick out when you are finished. 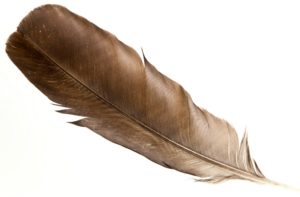 Pay special attention to the corners and don’t forget to open the closet doors and cabinets to allow the smoke to make its way throughout your home.

It’s a good idea to open a door or window so that the smoke can take the negativity outside of your space. If you are smudging your entire house, start at the front door and end at the back door.

When you are finished, say a prayer of gratitude.

By the time the new moon comes, you’ll be ready to do a ritual for manifestation as you would have cleared away some of the energy that could be getting in the way.