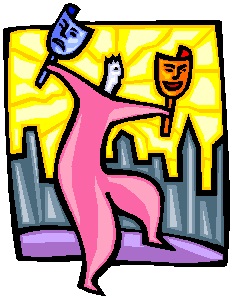 Have you ever taken an acting class? Or simply seen an actor talk about his craft? An acting instructor or an actor will tell you that you have to get into your role. Some actors immerse themselves into their characters so they can better understand what it’s like to be that character. For example, in preparation for the movie classic Raging Bull, Robert De Niro gained 60 pounds to play his character ‘Jake La Motta’ at an older age. Some actors learn foreign languages for roles, or visit a foreign country to pick up an accent accurately. Others might spend time with the person who a role is based on. The idea is to learn what it feels like to be that character. After all, how can you convincingly portray an overworked police detective who’s grieving the murder of his fallen partner if you have no idea how police departments are run or have never had a glimpse of true grief yourself?

Well taking an acting class is not just good for satisfying your acting ambitions. It can also help you to transform your life via the Law of Attraction. Remember, the LOA asks that you connect with the feeling of those things you want. It asks you to immerse yourself in the day-to-day thoughts and actions that are characteristic of the end result.  Imagine you’re an actor or actress living a role — in fact, it’s the role of a lifetime since it’s your dream existence. Get into character. What would the character eat? Drink? Think? Say? Have fun with it.

To help you get started, consider these acting tips by Gray Pilgrim and apply them to your LOA practice.  Among the advice suggested:

—Remember that acting is about belief and creative visualization. (Imagine your intended outcome already achieved.)

—Read and understand the script. (Practice scripting — writing about your intended outcome as if it already has come to pass).

—Connect to the role through emotional memory. (Remember similar experiences in which you felt what you want to feel. Draw on that energy to reconnect with those feelings.)