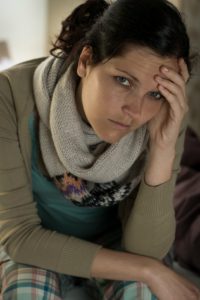 There’s a metaphysical cause of every illness. I was reminded of that in recent days. For the last week, I’ve battled a particularly nasty cold. While I tried to head it off by slowing things down and getting extra rest, I ultimately ended up having to stop everything to give my body a chance to heal. As this was not the only time my body has forced me to take a timeout in recent months, I decided to think about what metaphysical lessons these frequent, though minor, health challenges might have for me.

First I thought about what had been going on in my life whenever one of these incidents took place. What was I thinking about? What was I working on? Who I was spending time with? When I considered these questions, I realized that each time I got sick, I had been thoroughly neglecting a creative project that was important to me. At each of these times, I had been focused on other tasks and filling my time with so many things that I had no time for the activities that I claimed to prioritize.

While my doctor will likely tell me that the best way to get rid of a cold is to rest and drink plenty of fluids, I understand that the best way to keep the cold away is to get to the metaphysical root of what’s causing the cold in the first place. If I don’t recognize the lesson, the cold — or some other ailment — will keep coming back until I do.

If you’re interested in understanding the metaphysical causes of illness, the best expert on the topic from my standpoint is Louise Hay. The founder of Hay House, Louise Hay has spent much of her career shedding light on the spiritual causes of disease. As I contemplated my cold, I looked up Hay’s metaphysical interpretation of a cold, and she says that a cold is caused by “too much going on at once. Mental confusion, disorder. Small hurts.”

That reaffirms my own conclusion. Each time I got sick, I was taking on too many things that didn’t matter to me. Those actions were causing mental confusion and disorder in my life, leaving me little time for those actions that I truly valued. So in order to heal from the cold, in addition to getting extra rest and drinking plenty of liquids, I’ve shut down some of those less important activities and put my focus on the priorities my body was trying to get me to remember.

If you want to find out what Louise Hay has to say about your own ailments, check out her book Heal Your Body.