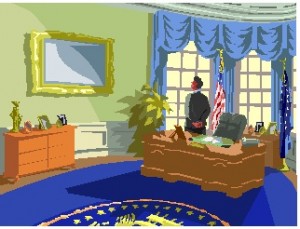 When election time rolls around, it’s fascinating to listen to the language used by the candidates because language has a powerful impact on outcomes. If you listen to people talk, you can often predict their futures, not because you’re a mind reader but because you can learn via their language what they believe.

For example, a friend who tells me she feels like it’s impossible to lose ten pounds is going to continue to struggle with her weight.  A person  who talks about what he would do if he was lucky to get a new dream job doesn’t believe he has the power to get the job on his own (he needs luck).  So he probably won’t get it, at least any time soon. Compare that to people who talk about what they’ll do when they get that promotion, how they’ll feel when they win the game, or how proud they’ll be when they win that Olympic medal.

Looking at the candidates, Mitt Romney often talks about what he’ll do IF he’s elected.

Compare this to the language of President Barack Obama in a recent speech in Virginia:

There’s a school of thought that says whoever believes they’ll win more strongly will win. Judging from language alone, President Obama has the edge.