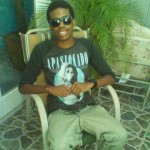 It’s hard not to notice the similarities between the trials surrounding the deaths of Jordan Davis and Trayvon Martin.

When it comes to Spiritual Law, it’s always important to pay attention to things that happen over and over again. Have you ever had a bad experience or done something that you regretted, only to later find yourself experiencing something similar? This often happens with bad relationship choices that people make. You might find that you repeatedly are drawn to the same type of person or relationship even though you know that it is bad for you. Or you might find yourself making the same mistake in job after job, leading to self-sabotaging behavior in your career. Or you may constantly find yourself in debt, making the same old money mistakes time after time.

When there is a lesson to learn, the Universe will make sure that you truly learn it before you can move on to another stage in your life. The way the Universe does this is by allowing you to see that experience all over again and giving you the opportunity to make another choice.

Let’s go back to the relationship example. Say you always choose emotionally unavailable partners, and you’ve done some inner work and dealt with your issues and pledged to choose only partners who are emotionally available in the future. The Universe doesn’t just start sending you partners who are ready to commit. The Universe sends you another unemotionally available partner (though this one may be in a clever disguise) so you can have the opportunity to prove that you know better and make a different choice.

The Universe also gives us opportunities to make better choices when we make mistakes because the Universe is always conspiring for us to do better in our lives.

Which brings me back to the similar cases of Jordan Davis and Trayvon Martin. You may say that it is  a coincidence that both of these cases were tried months apart and in the same state with even the same prosecutor presiding over the case. But coincidences and synchronicities are more than chance. They’re instances in which the Universe is giving you a chance to look at a situation again and see where a different choice could have been made.

In the Jordan Davis case, when there was an opportunity to do something different — to find an armed man guilty of murdering an unarmed teen-age boy — nothing changed. How many boys must die before we finally get it right?