You don’t have to know a lot about astrology to know something about the effects of Mercury Retrograde. Mercury Retrograde is a time that happens a few times per year in which the planet Mercury slows down in its revolution and seems to be stationery or even to move  backward (which is what accounts for the word ‘retrograde.’) In reality, Mercury is not standing still, and it is not moving backward; it just appears to be. However, even though Mercury is not technically moving backward, or in retrograde, that doesn’t mean that your life won’t seem to be affected in that way. In fact, when Mercury goes into retrograde, you may feel that things are no longer moving forward in your own life, and you may feel that things in fact are moving backward. Here are some things that are common when Mercury goes into retrograde, and how you can make the most of what can be a difficult time. 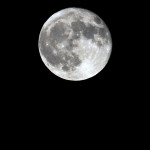 Do you struggle with patience? If so, this may be a particularly challenging time for you. When Mercury goes into retrograde, it’s common for there to be delays. If you’ve been waiting for test results or you’ve been waiting to hear about a potential job, you may find that the wait is longer than expected. Don’t be discouraged during this time, and expect things to take longer than usual. One area where the delays may be most frustated is around finances.  If you’re expecting money, such as checks from a client or a legal settlement, you may find yourself waiting for the funds for inexplicable reasons.

Ever have an appointment with someone and they miss it because they had the wrong time? Mis-communications such as this one abound during Mercury Retrograde. One person says one thing and the other person hears something else. Sometimes these communication mishaps can lead to arguments. If Mercury is in retrograde, try not to jump to conclusions if an appointment or a date is missed. Also, refrain from expecting the worst. Someone you are interacting with may have gotten their wires crossed, which could explain behavior that you weren’t expecting. Because of the tendency for communication problems to occur during Mercury Retrograde, you may want to avoid making legal contracts — or dealing with legal matters in general, for that matter, during  this time.

Things you should do during Mercury Retrograde

Many people look upon Mercury Retrograde with dread, but, in fact, this is a time that is good for certain things. Reflection about your life and what is most important to you can be helpful, and Mercury Retrograde is a good time for doing that. Since things tend to slow down anyway, you can take advantage of the time to make sure that your priorities are reflected in your actions. This isn’t the time to be impulsive.

There’s nothing wrong with being cautious. This is a time to think twice before making decisions. It’s a time to look beneath the surface. If you can put off major decisions entirely until after this period, that may be the ideal situation, but if you can’t, make sure you think carefully about things.

Life may slow down during Mercury Retrograde, but when that period is over, don’t be surprised if life suddenly speeds up again and you notice a lot of forward movement very quickly.