If you’ve ever been drawn to the Law of Attraction, you’ll want to learn how to ask the Universe for what you want. It’s actually quite simple; you can use the knowledge you’ve already amassed in your dining life. 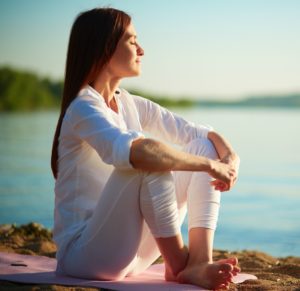 What if you ordered steak, but then changed that to a chicken pot-pie and then changed it again to pineapple pizza? What are the chances that you would come away with a mixed-up order?

Say you really loved lobster and that was ideally what you wanted. But you didn’t say that because you didn’t want to put the Uber Eats driver through any trouble and you knew burgers were more plentiful so you’d take whatever was there. Would you do that?

What would you do if you ordered from Uber Eats and they brought the wrong order? Would you eat it even though you didn’t want it, throw it away and not eat dinner that night or would you send it back so that you could get what you asked for?

If you’re wondering how to ask the Universe for what you want, think of the Universe as a giant delivery service that takes your order and serves up what you want. If you don’t tell it what you want or you’re vague on the details, that’s what it will serve up to you — you’ll basically get a hit or miss.

So say you didn’t give the Universe any instructions (which is the same thing as telling the Universe ‘I don’t know what I want.’) And the Universe sends you a big sandwich with mayonnaise on it. And you bite into it and you realize you HATE mayonnaise.

So if you want to ask the Universe for what you want, instead of saying to the Universe, ‘I don’t want mayonnaise,’ you should say, ‘I like mustard.’ Ding ding ding! And the Universe will deliver you a sandwich with plenty of mustard – YAY!

And you sit back and the Universe returns with a ham and mustard sandwich all wrapped up with a pretty bow. But then you think, I’d really like a better grade of bread. This bread is sticking to the roof of my mouth. And so then you realize that since the Universe is doing such a great job of serving you what you want, it really makes sense to spend some time thinking about the things you want so the Universe can get it right the next time.

So you go to the grocery store and look in the bakery at the breads. And decide which one you like best. You might even see if you can taste the various breads. Then you might google ‘ham sandwiches’ to see what comes up and see if you get any ideas about what kind of ham sandwich you want. You might even cut out a picture of a ham sandwich that looks good. And you send that order to the Universe and you get a ham sandwich that uses the kind of bread you want and it looks just like the one in the picture.

But when you taste it, it’s disgusting. And you realize you forgot to tell the Universe that you wanted it to be delicious.