When you’re working with the Law of Attraction, will you be tested? You bet you will. 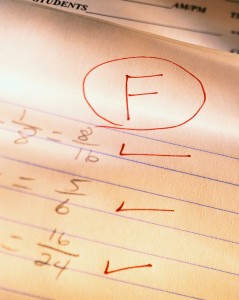 A fellow LOA student I’ll call “Lorraine” has her own public relations business, but she recently worried that she would have to take a full-time job because business was slow. We talked, and I asked her what she wanted. We knew a full-time job was what she didn’t want.

After a couple of months, someone approached her out of the blue and offered her a pretty good PR gig, but it was full time! Lorraine wondered what she should do. She weighed her options. She hadn’t yet attracted the 12-month project she wanted. In fact, she hadn’t attracted much of anything in the last couple of months. Maybe this was a sign that she should give up the PR business and take the job. After all, the economy was a mess.

Then she remembered our conversation. She remembered the advice to stop thinking about getting a job. And she decided that if she was going to work this Law of Attraction thing, then she was going to stop wading and jump in head first. She had been periodically checking Craigslist for jobs while she sought clients and she decided she wouldn’t check the Craigslist job board anymore. Then, she turned down the job offer.

About a month later, Lorraine got another call from the woman who had offered her a job. She asked if Lorraine was available to do a quick media campaign for a client. Lorraine said yes and got the client more media coverage than the client requested. The woman was thrilled and asked Lorraine if she’d be willing to work with another one of her clients, except this new gig was a 12-month contract that would require Lorraine to devote a set amount of hours each month.

Lorraine was dumbfounded. She’d attracted her 12-month contract, but only after she said ‘no’ to the full-time job.

If you choose right (and that means choose what you want), you’ll discover — as Lorraine did — that your manifestation is only a belief away.