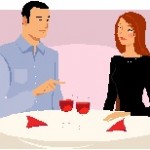 When it comes to lost love, we’ve all been there. In fact, it’s probably one of the most painful and difficult things you can go through. It’s particularly painful when we have a breakup and later realize that we’re still in love with our ex. We may try to move on and go out with new people, only to have our minds drift back to what could have been and the relationship that ended. Often we compare new people to our ex partners and invariably they fall short. Being lovesick can also lead to sleepless nights, tears and downright loneliness. So who wouldn’t want to use a little mojo or magic to spruce up their love lives and feel hope and happiness again?

In some cases, the relationship may not, in fact, be totally over. Many couples break up and spend some time apart only to later find their way back to each other. They may date other people in the interim, but in the back of their minds there is always that feeling of loss and the wondering of what could have happened had that relationship not ended. There’s often the sense that ‘the one’ may have gotten away.

In these cases, the Law of Attraction can help you to create a vibration in your life that is conducive to getting your ex back — or an even better love.

Get your ex back with law of attraction: One man’s story

With that thought in mind, Andre Wilkie created a program for getting your ex back using the Law of Attraction after he and his girlfriend of five years broke up. At first he was so miserable that all he could feel was anger, hurt and depression. He constantly dwelled upon the fact that she was gone from his life and he focused on the lack of love around him.

Like many of us he kept re-playing the painful moments over and over again in his head — the arguments, the fact that his girlfriend had left him. And he projected the failure of that relationship into the future. How could he find love again? If she didn’t want him, why would someone else want him? He kept it going like a broken record, on and on and on. He tried contacting her but she wasn’t having it.

Until he learned about the Law of Attraction and realized that his focusing on the breakup and the heartache were keeping heartache around him. He realized that he wouldn’t be able to attract his ex back or anyone else back if he didn’t shift his vibration from one that resonated loss and depression to one that resonated confidence and joy. He realized that the work he needed to do in order to repair that relationship was inner work. He had to make an inner shift of his vibration in order to see a shift in his outer life.

So that’s what he did. He used Law of Attraction techniques to start to focus more on the good things that were happening in his life. He also used a process called the Emotional Freedom Technique, or EFT, which is a method of removing negative emotions from your life.  By using these processes, Wilkie became calmer, more peaceful and less anxious. He stopped feeling like a loser and his confidence started to rise.

Have you ever noticed that an ex or other people from your past will call or seemingly pop up in your life when you’re feeling great and sometimes even embarking on a new relationship?

That’s because your vibration has shifted from one of lack to one of abundance and prosperity and your ex and all of those past love interests can just sense it in the air. What Wilkie does is he helps you to get to this stage consciously and he helps you to get there faster by focusing on Law of Attraction techniques designed to help you reach your goal.

Wilkie did reconnect with his ex and she re-entered his life, but only after his vibration and inner world had changed. Because the processes that he learned worked, Wilkie decided to create a package of video demonstrations so that others who wanted to shift their relationship vibe could learn the techniques.

Why You Shouldn’t Focus on One Person

If you’re not sure whether you want your ex back, and you’re confused about what steps to take, a psychic may also be able to give you some insight into whether rekindling an old relationship is in your best interest.