Have you ever wondered how pet psychics work or perhaps if they’re even real? Today, the concept of visiting a psychic to locate a missing pet or find out why it’s behaving a certain way is becoming commonplace. More clients are going to pet psychic offices or talking to them over the phone to look for answers. 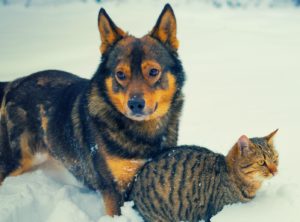 What research says about human and animal communication?

A journal published at the Proceedings of the Royal Society B says that humans are like Doctor Dolittle because they can naturally decipher animal communications.

Without even talking, you’re already communicating with your pet. You’re asking him to behave, sit or roll, or perhaps complement him for being a good boy. (That’s my boy!)

According to author Sonya Fitzpatrick of “There Are No Sad Dogs in Heaven,” people aren’t just telling pets how to behave or what to do because they can also pick up feelings, emotions and energies from their masters or human BFFs.

Can there really be human-animal communication?

These claims do not mean that humans possess psychic abilities – but common sense and intuition.

A single word like – STOP – a loud and sharp one carries and conveys a load of information that the pet may be able to understand.

Conversely, animals and humans can pick up non-verbal cues about the intent of one another.

So summing this section up, yes, there can be human and animal communication and vice versa. Pet owners and their pets have their ways of understanding each other, picking up feelings and intent and understanding body language cues.

Are there pet psychics?

Yes, there are. While dog or cat owners can communicate with pets, a pet psychic uses effective methods aside from common sense to become animal communicators.

They know how to visualize what they want to communicate with animals or even how they wish these creatures to behave because they’re particularly sensitive to the signals and messages coming from our furry friends. They have also mastered the art of matching their feelings with whatever they are telling the animals. 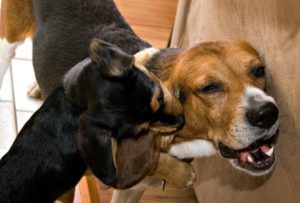 Pet psychics can communicate with living and dead animals too.   Yes, they can talk spiritually with animals that have passed away. A good one has also been able to make readings for pets and their owners through empathy and intuition, which are used to receive the needed information from a pet.

They also believe that all living things can communicate with animals through telepathy, which is about communicating mind to mind. It makes one think, feel or hear from a distance – without symbols or sounds at all – but only the mind.

Pet communicators have this ability, which can take many forms, such as telepathic impressions, mind reading and mental communication.

Mind reading is particularly one of their best abilities. It works by sensing or copying what is going on in someone’s (in this case a pet’s) mind.

They also believe that the animals are more used to telepathy than verbal communication. For them, it is their most basic form of communication.

When young, humans were encouraged to communicate using verbal cues – which probably explains why we never developed telepathy.

How a Pet Psychic Works

She relaxes and calms her mind, using it to contact the animal’s energy. She visualizes the pet and calls it by its name for attention.  She communicates with the animal through sending a picture/s instead of words. The psychic then imagines that the pet is answering and waiting for his response.

In many cases, your pet will provide the responses in the form of pictures or a combination of words and pictures.  Some of the animals may also respond through a childlike voice.  Then, the pet psychic will accept the response and acknowledge its receipt.

The professional will relay the responses to you, and then ask you more questions if necessary. On the other hand, you may also send a message to your pet through the psychic.  Finally, if you want to tackle a pet’s behavioral problem, the psychic can visualize the right solution, not the problem.

The psychic can also scan your pet’s body if you need help in diagnosing his health problem.  When one detects injury or illness, the psychic will transmit healing energy to your pet.  This is one of the benefits that pet psychics are called for by pet owners who are worried about the condition of their furry friend.

These professionals also know that pets have a reason for acting the way they do.  Some things like body changes, stress and frustration lead to their misbehaving.  An example, you probably have not realized how much stress you are bringing them for using a harsh cleanser in your house. For one, they have a strong sense of smell, which can be hurt or upset by those chemicals that you’re using.

They also understand that pets can act the way they do because of other things – including not giving them enough physical activities, bringing another pet home, or working long hours.

Should you get an animal communicator?

If you’re looking to address issues mentioned above, want to understand your pet better and know what he’s trying to communicate to you clearly, then getting the services of an animal communicator may be a good solution.  While there might not be conclusive studies to prove their effectiveness in communicating with living or dead animals,  pet lovers may want to try alternative methods  to solve their problems.

After all, thousands of clients have testified on the benefits they’ve received from such a service. At the end of the day, what matters is your pet’s welfare and wellness, and those are areas where an animal communicator can help with today!