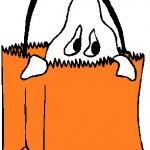 When was the first time you knew something to be true even though you didn’t have any evidence? Or perhaps you dreamt something or thought something that you later found out had actually happened? For me, that first time was a dream of a plane crash that I had in my early twenties. The next day, I was stunned when I saw the breaking news headline that a plane had indeed gone down. Though I chalked that first incident up to coincidence, when it happened again a couple of years later I couldn’t deny that something important and real was happening.

If you’ve just recently begun to experience the power of intuition or psychic abilities, it’s understandable that you might feel uncomfortable knowing things that scientifically you’re not supposed to know. Some people dismiss their intuition regularly; others are afraid to trust it. Many don’t tell anyone for fear that others will think they’re crazy or strange.

Sonia Choquette is an intuitive and author who shares the journey she took when developing her psychic abilities in the book, Diary of a Psychic. She talks about first discovering her Spirit Guides and developing a relationship with them.

As a teen-ager, Sonia took lessons from fellow psychic Charlie Goodman and learned the importance of focus and meditation in strengthening her psychic muscle. Later she describes furthering her metaphysical education at a small mystery school in Denver called the Metaphysical Research Society. She also describes the first readings she gave and talks about her initial insecurities and what it felt like when someone told her she was wrong (only to later have them come back and tell her she was right.) If you’ve ever wondered what it’s like to be a professional psychic, this book will shine a spotlight on it. But more importantly, this book will validate the feelings and concerns you may have as you strengthen your own psychic abilities. For me, reading the book not only made me feel more “normal” since I’ve experienced some of the same things that Sonia experienced when first coming to terms with my intuition, but it motivated me to strengthen my own intuitive abilities. It also provided some tips as Sonia shared some of the lessons that she learned along the way.

Reading the book, it’s clear that fear and insecurity are common when exploring something that is unknown, but it’s also clear that it’s entirely normal to receive knowledge through a myriad of channels outside of the five senses. Still not convinced?  Check out this list of quotes about intuition. Another way to feel more comfortable about intuition is to consider all of the times you’ve heard people talk about trusting their guts and following their instincts. The terminology may be different, but the phenomenon is the same.