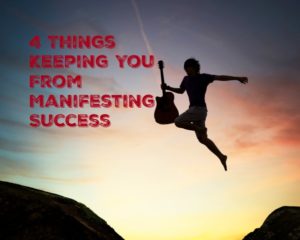 So you’ve been trying to manifest something ~ it could be love, money, a dream job or something else. Yet, you’re frustrated because you haven’t had much luck. It might seem like you’re making progress but then boom! Something happens and you’re back where you started, no closer to realizing your dream. What are you doing wrong?

I personally believe we’re never wrong; we’re just not at the place we want to be. But failing to manifest gives us the opportunity to address something in our lives and make a few adjustments or course corrections. If you’re wondering why you have not had manifesting success, it may have nothing to do with your manifestation technique. So what’s blocking your manifesting? Here are some obstacles that may be getting in the way of your manifestation game.

A failure to release something

Most people hate to lose things, whether it be loved ones or prized possessions. But there is a blessing in loss. When we lose something, we make room for something new. Likewise, if you’re holding onto something that you don’t want, you’re blocking something else from coming to fruition. The best way to jumpstart your manifesting game is to release what no longer serves you. Nature abhors a vacuum and will replace what you don’t want with something else. To jumpstart your manifestation game, ask yourself what you can release, either figuratively or symbolically.

Lack of acceptance of your current situation

Resistance is a major manifestation killer. Have you ever heard the term, ‘what you resist, persists?’ The Law of Attraction tells us that what we focus on grows. When we focus on what we don’t want, the result is that we get more of what we don’t want. When we fight the life that we currently have, we make it all the more likely that we’ll be unable to move past the current situation. Take a deep breath and appreciate your life the way it is right now. Find a way to appreciate your life today even if it never changes. Once you stop fighting what is, you usher in what could be. 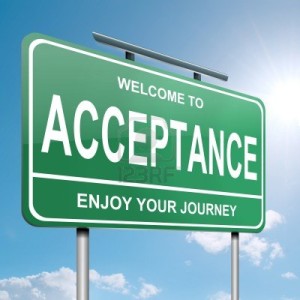 If you don’t know where you want to go, guess where you’ll end up? One of the keys to manifestation is having a clear idea of what it is that you want. One reason this is so important is because you have to know what you don’t want so you can turn it down.

Say you want a steak dinner. You go to a steak and seafood restaurant and the waiter brings you a plate of fried oysters. Would you accept the oysters and eat them, leaving no room for the steak that you really wanted? If you weren’t clear about the fact that you wanted steak, you might in fact accept the oysters even though you could have had the steak. That’s how manifesting works. It’s just as important to know what you don’t want as it is to know what you do want. And in order to know both of those things, you have to have clarity. What do you really want? Write down in a journal specifically where you want your life to go. If you don’t know, take some time to get clear.

We all know that thoughts and beliefs are key to manifestation. Yet, when you’re wounded, your thoughts and feelings tend to be out of your control and could be blocking your manifesting. (Read: How to Get Rid of an Unwanted Thought) If someone betrays you, you might have thoughts of shame, anger, and being unworthy that result from the wound you’ve suffered. Meanwhile, those thoughts and beliefs that you’re having difficulty controlling are emitting energy into the Universe and attracting experiences that make them seem true.

We must take the time to heal our unhealed wounds so that we can regain control over our thoughts and emotions. At that time, we’ll be able to manifest from a place of desire rather than manifest from a place of pain. Do you have areas of your life that need healing? Time heals wounds, but you may benefit from seeking help from a therapist or a coach. As you heal, you’ll see your manifesting success increase.