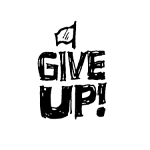 Giving up has a bad rap. How often do we hear people saying you should never give up or equating giving up with being weak? But holding on or continuing with something just for the sake of finishing is not always wise and can be the very thing that’s keeping you from the life you desire.

But just about everything else is fair game, and here are some signs that you’d be better off cutting your losses sooner rather than later.

The task/person/action is sucking the life out of you. Living an intuitive life means recognizing what lifts your spirit up and what causes it to come crashing down. When your spirit comes crashing down YOU ARE NOT IN ALIGNMENT WITH YOUR HIGHER SELF. It’s really quite simple. A clear sign that you are on the wrong path is the  feeling of dread at the mere thought of something. Following your joy is the remedy that can get you back to where your soul wants to be.

The task/person/action is not in alignment with your higher goals. So many of us do things simply because that thing stands before us. For example, the person who dates someone for something to do until something better comes along. Or the person who takes a job or a client not because they want it but because it’s been offered to them. Sure, there will be times when you have to do something for money or to make a living, but when you start saying ‘yes’ just because the offer was made, you’re in danger of veering in the wrong direction.

Your heart is leading you elsewhere. It is always in our best interests to follow our hearts. Unfortunately, following our hearts often means we don’t do what others might want us to do. If it becomes clear to you that your time would be better spent in another direction, don’t be afraid to cut the cord. If other people are involved, you do want to cut the cord in the way that will cause the least disruption for them. However, by continuing to do something you know you don’t want to do, chances are the situation won’t end favorably anyway.

Notice that none of these reasons for giving up have anything to do with a task being difficult. If you want to give up on something because it’s too hard,  you want to ask yourself whether it is truly a priority for you. But when your heart is not into the task and the Universe is giving you signs that something is not for you (you dread it, you procrastinate about it, etc.), the sooner you can cut the cords the better.